Tony Stark’s Iron Man suit is full of features. But the best part of the suit is the helmet. It shows direction, altitude, remaining battery, makes calls, and it also calculates the height of the building, including the number of people in it. All this information is visible on the screen, without altering his vision.

Now that is Augmented Reality

Augmented reality works by placing virtual objects in the real world. It enhances the physical world by overlaying virtual images on the AR device screen (Smartphone, AR Glasses/Headset) which can interact with us.

Input and Output devices are the hardware used to bring out AR. These devices can be Head Mounted Device (HMD), smartphone, monitor, smart glasses, etc. Hardware uses the camera, gyroscope, sensors, and location to read the surrounding and share the data to an AR Application or Web server.

AR Application and Web server reads the data and sends the Augmented content back to the devices, which mixes the AR objects to the real world.

Software and apps are the mediators between devices and servers. Now Snapchat is the best example of an AR Application. Snapchat scans the area using the camera and adds AR images from its software to the real world. There are many apps and games like Instagram, PokemonGo, Ingress, Minecraft Earth, and Harry Potter Wizards Unite which use AR tech. Softwares like ARKit, ARCore, Vuforia, etc. help to create virtual objects.

Servers are like the storage room for all the virtual objects. The server could be a web server or cloud server. Their main task is to store the virtual objects created using the AR software and share it with the output devices. These three major components are the key factors to run the AR technology.

How Augmented Reality Works in a Smartphone?

Ingress and Pokemon Go are the most favorite games that come in our mind when we think about AR. These apps use location, camera, sensor, gyroscope to calculate and place the 3D object on to our surrounding. Another example is Snapchat, which uses the camera and gyroscope to calculate the distance and angle of the object. Snapchat then uses this data to overly incredible snapfilters on us. All these functions take place in a fraction of seconds.

The idea of augmented reality had been there since the 1900s. Lyman Frank Baum discussed AR in his novel called The Master Key. He mentioned about character marker, where a person can see the names of people on their forehead when seen through spectacles. Google glass is trying to do the same thing, aren’t they?

After 50 years Morton Heilig brings the idea to reality. He invented the first Virtual Reality mechanical device called Sensorama in 1957. Sensorama was a device where a person can see the visuals through Stereoscopic color display, can smell using odor emitters, moving-chair used for motion, etc. These are the features now available in many gaming platforms and now used by pilots to simulate flight control.

In 1968, Ivan Sutherland and his student Bob Sproull created the working prototype of the first AR Head Mounted Device. The HMD device was so heavy that they suspended it from the ceiling, for the person to wear. The Sword of Damocles is the nickname for AR HMD.

Myron Krueger of the University of Wisconsin created an interactive environment called Videoplace in 1974. Videoplace used a projector and camera to interact with the users. It would analyze a user’s interaction and translate with the computer-generated virtual environment. ‘Finger Painting’ and ‘Digital drawing’ were a few examples of this AR environment.

Tom Caudell came up with the phrase Augmented Reality in 1990. The word Augment means, to increase the size or make something better by adding something. Tom Caudell and his colleague David Mizell were to come up with this alternative to expensive diagrams and marking used in the production floor. They proposed HMD instead of plywood boards for wiring instruction of each plan. Using HMD, the floor workers can see diagrams and markings through a computer system.

NFL with the help of SportsVision brought AR in the game. In 1998, the NFL used AR markers in live games. It opened new tech and ways to live sports gaming events. Now the AR is used to overlay advertisements, simulate gameplays, etc. There is more in the game to watch, than just watching the game.

While AR was slowly getting popular, Niantic Developers released Pokemon Go in 2016. This game took over the world like a storm and people were running everywhere with the Pokeball to catch their favorite Pokemon. AR gave another leap to the mobile gaming industry.

Now everybody is trying to get an AR based game. Stranger things one of the most favorite Netflix series is coming up with a new AR game with Niantic Developers. You can read more about the Stanger things Game here.

Augmented and Virtual reality is already a part of our daily life now. Soon we will be able to interact with Google, Siri, and Alexa’s virtual figures who will be sitting on our sofa and assisting us with our daily chores. 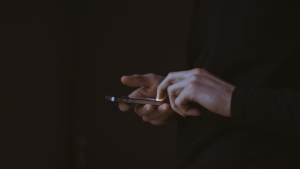 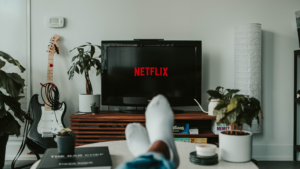 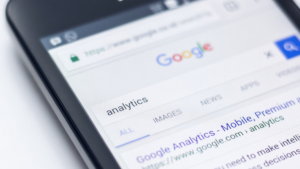 Simple Tricks to Search on Google Like Never Before